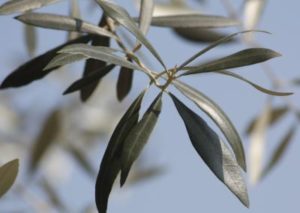 Many are aware of the extraordinary health benefits of regular consumption of the herb, oregano. Scientific studies are constantly discovering that oregano and its various properties including carvacrol, thymol, and other active ingredients can prevent or reduce the risk of some diseases, while also helping those who are sick, to get better.

Recently however, there has been some disturbing news about widespread oregano fraud. It is quite possible that the package that you purchased that was labeled as oregano did not have much genuine oregano in it.

A paper that will be published in January 2018 in the journal Food Chemistry, described the findings of a United Kingdom study that tested oregano samples available for sale. Using various techniques to analyze 54 samples, the researchers discovered that 90 percent of the samples contained bulking agents such as olive leaf, sumac and other leaf material not related to oregano.

The research team headed up by E. Wielogorska of Queen’s University in Belfast, Northern Ireland, reported:

“An assessment of 54 suspected adulterated oregano samples revealed that almost 90% of them contained at least one bulking agent, with a median level of adulteration of 50%. Such innovative methodologies need to be established as routine testing procedures to detect and ultimately deter food fraud.”

The research team also concluded that,

“Even though the platform developed presented good analytical performance in detecting selected non-culinary bulking agents, oregano samples have been also reported to be substituted with other, volatile species such as marjoram and winter savory which highlights the need for further method development.”

The study conducted by the team at Queen’s University is not the only report of adulterated oregano. Food Quality News reports that a Danish consumer watchdog agency tested various brands of oregano sold in supermarkets in the Danish capital of Copenhagen. Using Fourier Transform Infrared (FT-IR) spectroscopy, the agency found that 4 out of 10 samples were adulterated, with one brand containing a whopping 70% ingredients that was not oregano!

Most of the contaminating ingredients found by the Danes were olive and myrtle leaf. While myrtle leaf may have its own medicinal qualities, it is usually cultivated as an ornamental hedge and its berries are occasionally used as a culinary ingredient, sometimes as a substitute for pepper.

Other parts of the world have also discovered high oregano fraud. The same Food Quality News outlet reports that in 2015, an Australian consumer watchdog agency purchased 12 different samples of supposed oregano in shops throughout Sydney, Melbourne, and Perth. Seven of those samples contained an excessive amount of olive leaf, and sumac leaves were found in two of the adulterated samples.

Dried sumac berries are often found in middle eastern food as a spice when ground up, and the leaf, due to its high tannin content, is sometimes used as a tanning agent for both vegetables and leather.

We recently conducted a taste test of inexpensive oregano purchased from a bulk food retailer in Ontario. What was being sold as oregano was something that had very little scent and the taste was nothing like true Greek oregano. While it was inexpensive, it left only a bitter taste and had none of the characteristics that true oregano should have. It would actually be a sin to use this product in any recipe that called for the herb.

The Preferred Oregano – From Greece

Many chefs and culinary experts agree that the best oregano (Origanum vulgare hirtum), is grown in the mountains of Greece. The harvesting of wild oregano in Greece is illegal except for small amounts for personal use. Commercial growers of oregano in Greece must be certified and hence the product quality is much higher – it is not inexpensive to be certified and contaminating the crop would be a risky venture. In addition, the entire plant is dried and used and harvesting takes place when essential oils are at their peak. This ensures a herb that is much more flavourful and aromatic – as anyone who has used genuine Greek oregano can tell you.

With harvesting taking place when essential oils are their peak, the health benefits of using true Greek oregano are also increased. Purchasing the genuine product may be more expensive than other oreganos, but your taste and smell senses will thank you for spending a little more. In addition, it’s possible the health benefits from this oregano will be greatly increased.

As discussed above, the harvesting of wild oregano is strictly regulated in Greece, although people will illegally obtain it for the purpose of exporting to other countries. Recently, some Albanians were arrested and charged after they crossed the Greece border for the purposes of harvesting wild oregano and other herbs growing on the Greek side of the mountains.

Greece is concerned about the sustainability of its wild herbs and botanicals with this type of harvesting that occurs. If you come across oregano that is labeled as being wild and from Greece, you may want to be very cautious about purchasing it. You may unwittingly be a part of causing less sustainability of wild oregano.

Certified cultivation carries with it the same great characteristics and health benefits, and will also go along way to protecting the wild plants that the Ancient Greeks called “the joy (or radiance) of the mountains.”

Interested in genuine Greek oregano that has been sustainably grown and produced? It’s a great time to get on the KirIan Oregano announcement list! They are also giving away two free Ebooks – one on the health benefits of this herb, and an Ebook with ten Greek recipes. Be sure to use genuine Greek oregano when it’s listed as an ingredient!