For centuries, mankind has been fermenting dairy products for a variety of reasons including the fact that fermented milk will last longer than fresh milk in conditions 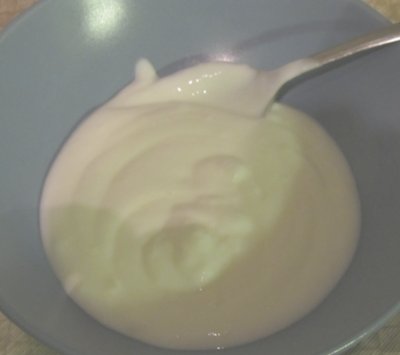 A Bowl Of Homemade Yogurt

where refrigeration is not possible. Yogurt (also spelled yoghurt) is no exception and has been used in many cultures through the ages. One of the benefits of fermenting milk with “good” bacteria is that it creates an environment where “bad” bacteria are unable to get a hold.

Fermented dairy products including yogurt have always carried with them the perception of being very good, nutritious and wholesome for you.  In the ancient art of Ayurvedic medicine, yogurt is considered a “cold” food and was believed to increase lifespan, cure insomnia, and be helpful for sexual potency problems. As well, it was prescribed in order to have more youthful looking skin and to assist with stomach and digestive problems.

Today, there have been studies done on yogurt that show it certainly does have some excellent health benefits. A recent study at Tufts University in Boston, MA suggests that people who eat and consume yogurt regularly are at far less risk to suffer from hypertension. The study followed 2,197 adults over the course of 14 years and those who ate the most yogurt were found less at risk for developing high blood pressure and hypertension.

The study did not indicate why yogurt may have an affect of reducing high blood pressure or hypertension, and some doctors recommend that their patients choose low fat or no fat yogurt while avoiding those that are flavored and contain sugar. This will aid in calorie reduction, but admittedly we here are “Healthy, Happy, Beautiful” prefer yogurt made from whole milk and for an additional treat, added cream once in awhile.

Interestingly though, in the study noted above, even when body mass index (BMI) measurements were taken into account and adjusted, this did not significantly affect the study’s findings.

Suffer from hypertension or high blood pressure? Start including unsweetened yogurt into your diet on a regular basis!

Recently, one of our staff came down with the common cold. Normally, the cold virus can take hold and affect you for more than seven days, and even up to several weeks. However, our staff member, when he began to experience the cold symptoms, increased his daily consumption of yogurt and within four days, most of his symptoms had disappeared. Coincidence? Probably not.

When you eat yogurt with live bacterial cultures, you are adding friendly bacteria to your digestive tract, where much of your immune system is. Friendly flora help to boost efficiency and your body’s ability to fight off viruses and infections. This is backed by scientific evidence, where a study that was conducted in Denmark in 2009 found that children who were fed yogurt with live bacterial cultures were far less prone to colds and other illnesses than those children that did not regularly consume yogurt.  A later study at Yale University indicated that indeed,  good bacteria in the digestive tract does boost immunity.  The good bacteria in yogurt is often referred to as “probiotics” when they are live cultures.

It should be noted that when yogurt with live culture bacteria is cooled or frozen, the bacteria go dormant, however when it is taken inside the body even from a frozen state, the bacteria will come out of dormancy and begin to flourish and multiply. On the other hand, cooking with yogurt at temperatures significantly above 110F will kill the friendly bacteria in yogurt.

In addition to the probiotics in yogurt, it contains a significant amount of zinc, which is also known to be an essential for the immune system. Yogurt is also an excellent source of Vitamin A, calcium and potassium.

There is also some evidence that yogurt may have anti-tumor properties in some studies that have involved animals.

So, if you’re feeling the beginnings of cold or flu like symptoms, get some yogurt into you! Make sure it is probiotic or “active bacterial culture” or you are less likely to experience the beneficial results.

A recent study conducted at the University of Medical Sciences in Tehran, Iran, showed that Type 2 diabetics that drank a yogurt drink called “Doogh” or “Dugh” received some remarkable benefits. It should be pointed out that Doogh is a yogurt based drink that is fortified with Vitamin D, and this vitamin has been long thought to have some positive benefits on a variety of conditions, including type 2 diabetes.  However, it may not be just the Vitamin D that is at work here.  As Dr. Mirkin reports, eating yogurt after eating bread helped to prevent a blood sugar rise that would normally occur. It is surmised that it is the acidic levels of yogurt that are at work in reducing an increased blood sugar level as similar results were also found when study participants consumed pickled products.

Diabetics can safely consume no fat, unsweetened yogurt and get all the health benefits that it contains.

By the way, in Iran, many do believe that drinking Dugh helps with both digestion and with sleeping problems.

As we’ve already noted, yogurt that contains live active bacterial cultures helps to increase and balance the amount of friendly flora in the digestive system. This alone has great value for the human digestive system, but there is even more.  For those that are lactose intolerant and that cannot consume regular dairy products, there is a good possibility that they could eat yogurt and gain benefit from it. During the fermentation process, lactase is created which is the enzyme that those who are lactose intolerant lack. Because they lack the lactase enzyme, they are unable to tolerate lactose. In addition, much of the lactose that was in the milk has been broken down by the bacteria’s fermentation of it, into glucose and galactose. This is why many who are lactose intolerant are able to consume yogurt.

The major bacteria strain that is used in yogurt making is acidopholus, and the more of that you have, the healthier your colon is. These friendly bacteria help to counter harmful compounds including nitrates and thereby reducing harmful effects that they can have, including reducing or eliminating their carcinogenic effects.

Also, when you eat yogurt, other nutrients, vitamins and minerals are more easily absorbed and used by your body. This is due to both the increased numbers of friendly bacteria and the acidic content of it.  Calcium and B Vitamins are especially more bio-available if you regularly consume yogurt.

As we can see, yogurt has many many benefits and is very good for you. We’ve only looked at some of the benefits of consuming yogurt and haven’t yet touched upon the fact that yogurt applied topically, can help with skin conditions as well due the lactic acid.

While some brands seem expensive, you could also make yogurt at home! It is easy, economical, and you will have exactly the same benefits (perhaps even more when you consider you’re not adding fillers and thickeners) while saving money. As long as you have enough milk on hand, you can easily make yogurt with hardly any time and effort at all. In fact, the yogurt could be making itself while you sleep.