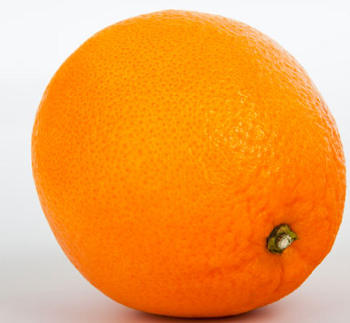 Oranges Are An Excellent Source Of Vitamin C

Oranges Are An Excellent Source Of Vitamin C, a water soluble vitamin is ascoribc acid. You may know ascorbic acid as that white powder that some might sprinkle on apples and other fruits to prevent browning after the fruit has been cut. It is often used in canning as well as cooking and baking. For humans, it is an antioxidant vitamin that is essential to good health. Although most mammals can create Vitamin C, humans cannot and therefore it is a dietary requirement.

Have you ever wondered where the term "limeys" came from in regard to the English? It was a name first given to English sailors because British saling ships in the 18th century would be stocked with a large supply of limes for the crew to eat on their long voyages. Although it was not known at the time that it was the Vitamin C in fruits and vegetables like limes and cabbages (or sauerkraut) that kept sailors from getting scurvy.  All the British new at the time was that if their sailors ate these types of foods, they would not become ill with scurvy.  Before this time, scurvy was a major problem and many people died from the disease.

Today, we know that Vitamin C assists with a lot of functions and although it is now rare for someone to come down with scurvy, it is quite possible that many of us do not get the optimum amount of this vitamin each day. There are some medical doctors and researchers who suggest that the recommended dietary allowance (RDA) of Vitamin C that has been set by the FDA is simply an "adequate" amount, and not an optimum amount. In fact, the RDA was increased in 2000 by the FDA, yet many believed prior to that revision that they were getting enough. Newer research has shown that it was not the case.

In 1992, a study was published in Epidemiology entitled "Vitamin C intake and mortality among a sample of the United States population." What this study discovered was that men and women (and especially men) who had both a dietary and supplement of Vitamin C were at a significantly lower risk for cardiovascular disease (PubMed).

In 2003, the Journal of the American College of Cardiology published the results of a sixteen year follow up study on over 85,000 female nurses. The results were that there is a decreased risk for caronary heart disease in those that took a regular Vitamin C supplement. The studies authors wrote, "In multivariate models adjusting for age, smoking, and a variety of other coronary risk factors, vitamin C supplement use was associated with a significantly lower risk of CHD." (PubMed)

And yet another study, published in the American Journal of Clinical Nutrition (2004 Dec;80(6):1508-20) showed that those who supplemented with 700 mg or more of Vitamin C per day were at a reduced risk for coronary heart disease. This study was done over a 9 year period.

Some studies have also indicated that Vitamin C can lower blood pressure.

There have been numerous studies done over the years that show time and time again that Vitamin C consumption prevents many types of cancer. Lung cancer was shown to be reduced by 64% in men who had a high daily intake of this vitamin (American Journal of Clinical Nutrition, 1987 May;45(5 Suppl):1361-7). As well, there is evidence that breast cancer risk is reduced in women who also have a higher Vitamin C intake.

Other cancers that appear to be prevented include colon, stomach, mouth and throat cancers.

In addition to the evidence for cancer and heart disease prevention, it has been often touted as a prevention for colds and influenza viruses. There is support for this in the scientific literature that Vitamin C boosts the immune system. It should be noted though that there is no evidence that taking Vitamin C after a cold virus has struck, that it will reduce the length of time of the duration of the cold.

Vitamin C may also play an important role in reducing cataracts, or reducing the severity of cataracts. It appears though that long term use of Vitamin C with at least 300 mg per day is necessary to see this benefit.

A high intake of daily Vitamin C may also contribute to lower levels of lead in the blood.

Other foods that are high in this vitamin include bell peppers, cabbage, sauerkraut, brocolli, strawberries, kiwi fruit, brussels sprouts, spirulina and many more.

There is no known toxicity of Vitamin C. Because it is water soluble, any excess will be eliminated through urine. There have been a few cases where its been reported that taking above 2,000 mg might cause a mild case of diarrhea.

If you are concerned about your regular dietary intake of Vitamin C, there would be nothing wrong with supplementing your diet with it. According to the literature, Vitamin C in the form of ascorbic acid is what is used in scientific studies and for which all the benefits have been found.

You should be aware that if you cook your vegetables, much of the Vitamin C is destroyed. You will want to eat more raw food or definitely consider a daily supplement.