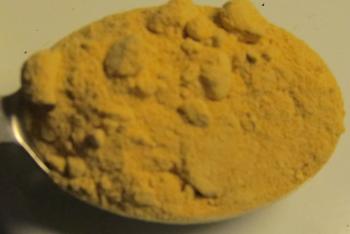 Maca Powder – Superfood Of The Incas?

Over the past couple of decades, there’s been a lot said and written about Maca, but much of it has been written by those interested in selling and marketing the product. There have been a variety of claims about maca, including suggestions that without it, the ancient Incas could not have built their cities high in the mountains. It’s also been said that it could turn your self life around with stories about how those ancient Inca women had to be careful around men who had been consuming maca.

Let’ see if we can sort out some of the fact from the fiction (or at least, the unknown) and learn a bit more about maca, and whether or not you should give it a try.

Maca is a herb plant that grows in the Andes mountains in Peru. While the leaves are edible and are sometimes used fresh, it is the root of the maca plant, which is related to the turnip, that is more prevalently consumed. The root is generally dried and then ground into powder or flour.

It is suggested by some that maca has been cultivated for at least 2,000 years, and first drew the curiosity of herdsmen in Peru as they would graze their animals. Legend has it that these herdsmen observed increased sexual activity in their animals after the animals would eat of the leaves of the maca plant.  Whether this is true or not is unknown but has never been confirmed.

In Peru, the ground flour of the maca root is used to make breads or boiled, mashed and then eaten. Traditionally, it is usually cooked in some manner and not eaten raw.

What Nutrients Does It Have?

It is high in iron and other minerals including calcium, copper zinc and potassium and it’s vitamin content includes B1, B2, B3 and C. In addition, other compounds which appear to be unique to maca have been discovered, including macaridine, macaene, macamides, and maca alkaloids.

There are numerous claims about maca, but at this point few have been scientifically studied and proven. The majority of claims are anecdotal evidence and observations by some medical researchers and clinicians, but have not yet been scientifically proven. It is suggested that maca is a “super food” as it is supposed to be an “energizer” as well as reducing anxiety and depression.

It is also reportedly a memory enhancer and in Peru, it is believed that school children that consume maca have better learning skills as well as retention. There are no known studies on humans however, a published study in BMC Complementary and Alternative Medicine concluded that mice that were fed maca had reduced depression and increased learning abilities.

One of the most interesting claims about maca to many people is its claimed affect on libido and interest in sex.  While studies to this date are somewhat conflicting, maca may have some aphrodisiac qualities in men and women, but it does not appear to be in a way that increases testosterone.  A recent study found an increase in libido and sexual desire in men and women who suffered from sexual dysfunction while being prescribed SSRI anti-depressants.  The study concluded that maca may have a beneficial effect on libido.

Maca is an entirely safe food to eat with many people consuming it every day in Peru. While many of the claims made for it have not yet been proven, there is a large body of anecdotal evidence that suggests it may be of value to add to any diet. It can be purchased in capsule form or in bulk as powder or flour. Those who buy it in powder will often add it uncooked to juices and smoothies to obtain the nutrients maca contains.

Ethnobiology and Ethnopharmacology of Lepidium meyenii (Maca), a Plant from the Peruvian Highlands. Evid Based Complement Alternat Med. 2012; 2012: 193496. (Full Text).