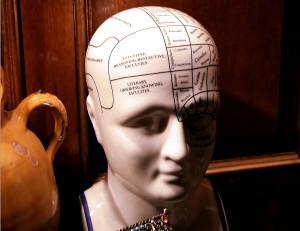 If you suffer from anxiety attacks, depression, bipolar disorder or other mood disorder, boosting your nutrient intake, particularly magnesium, may be the key to improving your life.

According to the National Institutes of Health, 26.2 percent of American adults – 1 in 4  – suffer from some diagnosable mental disorder. It is not surprising that there is universal interest in finding effective natural  treatments for these disorders, with a lower risk of adverse effects or withdrawal.

Medical studies have long found an association between higher levels of nutrient intakes and better mental health, in particular, magnesium deficiency is has been linked to quite a number of mental disorders.

The first medical study using magnesium to treat depression was published in 1921, and showed an 88 per cent success rate, and there have been many more studies and reports since then demonstrating that magnesium levels have an effect on brain disorders.

Why is this? According to a study in the journal Medical Hypotheses:

Bipolar disorder is another mental illness affected by magnesium levels in the body. A 2011 review of literature found found several randomized, controlled trials that demonstrated that magnesium is effective in reducing the intensity of mania in BD.5,6

It is clear from the literature that magnesium plays a large part in maintaining and improving mental health. Preventing magnesium deficiency can be as simple as changing your diet by eating lots of leafy green vegetables and whole grains, while recovering from a deficiency may require supplementation. If you’re suffering from a brain disorder, adding more magnesium to your diet may help you out.

3 Davison, K.M., and B.J. Kaplan. “Vitamin and Mineral Intakes in Adults with Mood Disorders: Comparisons to Nutrition Standards and Associations with Sociodemographic and Clinical Variables.” Journal of the American College of Nutrition 30, no. 6 (December 2011): 547–58.