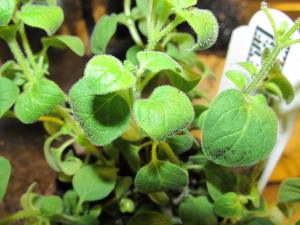 Tea or Tisane Made From Oregano Leaves Contain Healthy Flavenoids

Drinking oregano tea has long been a tradition in many parts of the world as a home remedy for a number of different ailments.  In parts of the Mediterranean, oregano tea is offered to those suffering from sore throats, congestion, and colds.  It has also been used to help with insomnia and anxiety. In addition, claims have been made that by drinking oregano tea, it can ease headaches and menstrual pain and has also been given for jaundice as well as gastronomical issues including flatulence and diarrhea.

In his book, The Herb Book, John Lust lists another benefit that it can also ease motion sickness symptoms and when added to bath water, may have the effect of being a tonic. Mr. Lust also suggests that it may be used to relieve PMS symptoms and pain.

Many of these claims are anecdotal and it is unlikely to cause any ill effect if you wish to try oregano tea for any of the above listed symptoms, unless you are allergic to the mint family of plants. Oregano belongs to the mint family.

However, we do know that oregano contains many useful compounds including quercetin, eriocitrin, luteolin-7-O-glucoside, apigenin-7-O-glucoside, luteolin, apigenin which are all flavenoids with beneficial health benefits. In addition, it contains rosmaric acid, a polyphenol.

In a study published in the International Food Journal of Sciences and Nutrition in 2007, it was shown that drinking oregano tea does have antioxidant results as well as resulting in lowered LDL (bad cholesterol) levels. The authors of the study suggest that this is due to the flavenoids and polyphenols that are drawn out of the herb and into the tea water. The study also found that drinking oregano tea had more pronounced benefits than thyme or wild thyme teas, which were compared by the study's researchers.

There is no standard method for making oregano tea, and the amount of oregano varies depending on who you ask. However, the study referred to above indicated that the healthy benefits of lowering LDL is "dose dependent," meaning the larger the quantity of oregano used, the more of a benefit in reducing LDL will be seen.

Oregano tea can have a bitter taste, especially the more oregano you use along with longer infusion times. Bear this in mind when you make it. In order to adjust for any bitter taste, consider sweetening with honey, to taste. Honey has it's own health benefits as well.

You can make oregano tea from either fresh or dried leaves.

Technically, herbal "teas" are referred to as "tisanes" because they are not made from oolong tea leaves. However, we now almost universally in the western world refer to anything herbal infused in hot water as "tea."

1 Teaspoon of honey (more or less, to taste).

Bring water to a boil in a saucepan. When water has boiled, remove from heat. Add oregano leaves and allow to steep for five minutes. You could allow it to steep longer, but remember that the longer it steeps, the more of a bitter taste it will have.

Strain the infused water into a mug. Add honey if desired and stir well.

If making more than 8 liquid ounces, increase the amount of oregano accordingly.

Did you know that the majority of bottles labeled "Oregano" in North America actually contain "common marjoram?" This is not what you want - you really want to get pure Greek Oregano, which is a different and bolder strain. Common majorarm is in the same family as Greek Oregano, but it is not the same species. You can tell the difference when you have an opportunity to smell the amazing wonderful bold aroma of the Greek variety.

Where to find it? We know that it's being personally sourced and purchased from Greece and will be available at KirIan Greek Oregano.