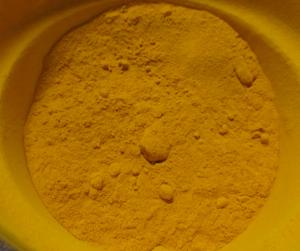 Those of us that love to eat Indian dishes such as curries will know the yellowish color that is so often present. This is due to the use of the spice, turmeric which is grown throughout southern Asia and India. The yellow powder comes from the rhizome of the plant, which is dried and then ground up. Although the leaves of turmeric are used in some cuisines, this more rare and it is mostly the rhizome that is used in cooking and for the health benefits that turmeric offers.

A member of the ginger family, turmeric has a long history of being highly valued for its medicinal and health giving properties. In the ancient Ayurvedic traditions of Indian medicine, turmeric has been used both alone and in other formulations and beverages in order to treat and prevent colds, skin problems, poisoning including that from snake bites, sprains and sore joints.

Turmeric requires a climate of with a temperature range of about 18 to 30 degrees C with lots of moisture in order to grow. When mature, the plant may reach over three feet high and will have spiky white flowers with rectangular leaves.

How Turmeric Is Used

As mentioned above, the ground powder of turmeric rhizome is used in a variety of ways including:

As a food coloring – it is officially designated as E100 when it is an additive used for coloring. This includes such diverse foods as cheese, rice and mustard. It has also been used to protect some foods from damaging effects of exposure to sunlight.

As a food spice – turmeric is used in literally many dishes throughout Asia both as a flavoring agent, to add color and for it’s medicinal benefits.

In cosmetics, turmeric is believed by some to have anti-aging qualities and often women from India will use a paste that has turmeric as its base to protect and heal the skin from the affects of aging.

In beverages, turmeric is used for it’s health benefits in teas made with the powder. In addition, many drink cold beverages flavored with fruit but with turmeric added. One particular tea that is considered to have very healthy benefits is a Ginger and Turmeric tea, along with honey to sweeten it.

As is the case with many ancient herbs and spices, new studies are ongoing into some of the claims that have been made about their efficacy as healing and preventative agents. Turmeric is no exception and today, and at PubMed, there are no less than 700 studies published in peer reviewed journals that involve turmeric and more notably one of its active ingredients, curcumin, as well as germacrone,  in relation to cancer.

In a study published in the journal, Current Pharmaceutical Design, it was reported:

Another study published in October, 2012 in Free Radical Biology & Medicine reports that curcumin in turmeric inhibits the growth of cancer cells in the lungs while yet another study shows that another compound found in Turmeric, furanodiene, maybe helpful in cases of breast cancer.

While the ancients often prescribed turmeric for inflamed joints, modern treatments have of course focused on drugs and pharmaceuticals for the treatment of a wide variety of arthritic conditions. Recent studies in this area indicate that the ancient wisdom of Ayurvedic medicine may indeed be correct as various studies show. Rats have had relief from arthritis after receiving extracts of turmeric.

This shows great hope for the possibility of turmeric being used as an effective treatment for those who suffer from arthritis.

In addition to cancer and promising treatment for cancer,  it does show promise for the treatment of AD. According to Expert Reviews in Molecular Medicine, (2011 Nov 4;13:e34), while there are challenges in using the extract effectively, it does appear to have the ability to target pathways that lead to this disease. Furthermore, the frequent consumption of turmeric does seem to have other anti-aging qualities as well due to its ability to suppress endothelial cell growth.

Turmeric could be one of nature’s healthiest and most healing plants, with so many new discoveries being found about its possibilities. There is even continued research into the possibility of turmeric being helpful for diabetic conditions,  healing wounds due to its antibacterial and antioxidant qualities, and even help reduce swelling and inflammation with muscular injuries and sprains.

With turmeric being so very affordable and in plentiful supply, there is no reason why anyone should not make a point of adding turmeric to their diet. One recognized way of ensuring the benefits of the curcumin that is in this spice is to take it with any oil that you may cook with or eat such as olive oil. There is some evidence that oil helps in the delivery of curcumin and provides a synergistic effect when consumed with food that contains oil.

In addition to cooking with and adding it to your food, the major compound, curcumin is also available in capsule form at many health food stores.