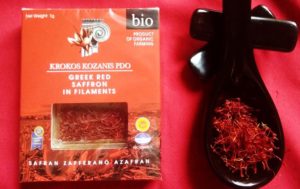 The Adrenal Cocktail - Three Ingredients Could Help You 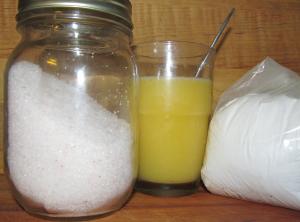 Do you find yourself dragging in the morning, or even experiencing that "afternoon" brick wall when you suddenly feel fatigued and worn out? Or perhaps you find yourself feeling like you are dragging during the day, but at night, your energy seems to suddenly return when you ought to be sleeping?

You could be suffering from adrenal fatigue and/or the "cortisol switch," or as sometimes referred to as the cortisol flip. Often, people who experience the cortisol switch can experience high levels of energy which then suddenly decrease and the feeling of "hitting the wall" occurs. Sometimes, it is accompanied by anxiety and other negative symptoms.

What can you do if this frequently occurs to you? One of the first thing is to check your diet! While caffeine may initially help with a short time burst, it can contribute to the cortisol switch, almost like coming down fast after the caffeine wears off, quickly. Reducing caffeine and focusing on high nutrition foods while eliminating those high in sucrose have enabled many people to battle the fatigue and anxiety.

Another tool that there is a great deal of anecdotal evidence for is to start drinking the "adrenal cocktail." Originally credited to Dr. Larry Wilson, MD (a specialist in adrenal fatigue syndrome), this cocktail consisting of three simple ingredients, have helped change many people's lives. What is the adrenal cocktail?

The ingredients are quite simple:

Mix well and drink on an empty stomach, either an hour before or after a meal, twice a day.

Often, we need sodium as well as the trace minerals that Himalayan salt provides and combined with Cream of Tartar (which is Potassium bitartrate) and orange juice, provides the adrenals with essential nutrients to combat stress, increase energy levels, and can help lift us back up over that wall instead of just hitting it head on.

Some of the benefits that have been reported by those who have used The Adrenal Cocktail are nothing short of amazing. While reducing fatigue is a major benefit that has been reported, it has also helped many who have suffered with anxiety, with some expressing amazement that within 15 to 20 minutes, signs of anxiety totally disappear.

Adrenal fatigue can also be a cause for panic attacks, insomnia, water retention and many other symptoms that sometimes are not recognized immediately as being a sign of a disorder with the adrenals that are not being supported nutritionally.

Often, people who complain of racing thoughts or a mind that won't stop thinking at night (which causes their insomnia), discover that taking the Adrenal Cocktail twice a day and then taking a magnesium supplement at night before going to bed provides them with relief. It may take a week or more to see results, however. It is no surprise as most people on a processed food diet that does not include much attention to ensuring a good balance of minerals, are lacking in a good mineral balance.

If you suffer from symptoms of insomnia, anxiety, panic attacks and other symptoms which may be a sign of adrenal fatigue, consider this cocktail and let us know your results in the comments below!

Find out more and learn when the best oregano will be available to you! KirIan Goods