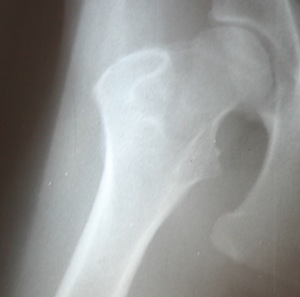 When thinking about bone health, vitamin D and calcium are the vitamin and mineral that immediately come to mind, but magnesium is also a very important mineral to ensure bone health in everyone from children to seniors.

Magnesium can be obtained easily in our daily diet by including lots of leafy green vegetables, nuts, and whole grains. Drinking unsoftened water can also be a fantastic way for your body to absorb the magnesium it needs.

Magnesium can also be purchased in supplement form if you have a condition that leads to magnesium deficiencies such as diabetes, or if you take non-steroidal anti-inflammatory drugs (NSAIDS) which also deplete magnesium in the body.

Bone stores about sixty per cent of the magnesium in the human body. Although scientists are sure it affects bone growth and strength, they often disagree about exactly how it works. Supplementing magnesium has been found to build up bone in patients suffering from low bone mineral density, and magnesium deficiencies have been show to have a harmful effect on bone density as it results in increase in the loss of bone calcium into the bloodstream.

In cohort studies, sufficient magnesium intake in infancy and early childhood has been shown to have a positive outcome on bone density later in life. Additionally, magnesium has shown to be helpful once bone mineral density has begun to decline. A study from the University of Alberta found that a 12 month round of micronutrient therapy including magnesium was at least as effective as the drugs usually used to treat the disease – bisphosphonates and strontium ranelate. Magnesium also proved effective in cases where those drugs failed to raise bone mineral density in patients.

A 1990 report in the Journal of Reproductive Medicine found that magnesium may be more important than calcium in reversing bone loss in post-menopausal women. Similarly, in a 1998 study published by the Journal of Clinical Endocrinology and Metabolism found that bone turnover slowed dramatically in males without bone deficiencies when they doubled their magnesium intake.

Whether you’re old or young, male or female, evidence abounds that including magnesium in your diet can be a great way to keep your bones in shape.

Improve Your Health With Magnesium

Magnesium As A Treatment For Asthma

Magnesium Can Change Your Mind