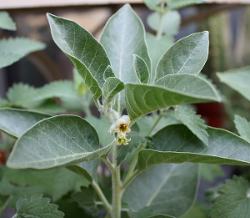 Ashwagandha is a herb that is well known in the Ayurvedic system of medicine and is often prescribed for a variety of conditions by practitioners of that medical art.


Ayurvedic medicine is practiced mainly in India and has been around for thousands of years, sometimes with surprising results to modern Western medical experts. Today, more and more scientific research is being conducted on some aspects of this ancient healing practice. Recently, a study was conducted to look at whether Ashwagandha may have benefits for those suffering from RH or Rheumatoid Arthritis.

The study was conducted at the All India Institute of Medical Sciences, New Delhi, India and published in the peer reviewed Indian Journal of Medical Research in 2015. While the study was small and consisted of only 86 patients (with 76 of those completing), the results were such that it suggests further and larger studies be carried out in the future.

Using the American College of Rheumatology criteria, there was a 20% improvement in arthritic symptoms in 56.4% of the patients in the study, and while using the European League Against Rheumatism criteria, almost 40% of the patients reported a moderate improvement. These improvements included tender and swollen joint improvement as well as a greater mobility and diminished disability after being in the program.

During the first three weeks, patients were given 5 grams of Ashwagandha, twice a day. The following four weeks, Sidh Makardhwaj (another Ayurvedic formulation but contains mercury, sulphur and gold) was administered. Although there were some concerns about safety, monitoring and testing throughout and after the study showed no harm to internal organs although mercury was measured in patients’ urine.

It’s very possible that it was the Ashwagandha that was most responsible for the improvement of Rheumatoid Arthritis symptoms, and perhaps the addition of sulphur contained in Sidh Makardhwaj. Sulphur in the form of MSM has been widely used to treat and reduce arthritic symptoms as has Ashwagandha on its own.

This study carried out in India is not the first to discover the possible benefits of Ashwagandha in the treatment of RA. Previously, another one published in the Journal of Ethnopharmacology also saw encouraging results while administering a herbal mixture that contained Ashwagandha. In that study, which ran for 6 months, there were noticeable and significant improvements in pain, joint mobility, and stiffness. Along with decreases in pain, grip strength was improved in the patients that took the Ashwagandha based supplement.

The conclusions of these studies suggest that trying this Ayurvedic remedy may be very helpful if you are suffering from Rheumatoid Arthritis. You may also see improvements in other areas of your life including anxiety, sleep 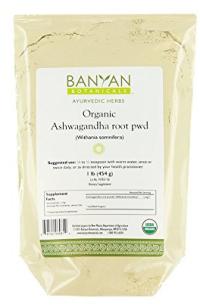 problems, and low sexual energy, as has been discussed elsewhere. Weight lifters and fitness buffs often claim that it has had very beneficial effects on their training regimes, and in men, possible increases in testosterone levels when those levels are low.

We’ve conducted our own research to find the best quality Ashwagandha powder (buying in bulk rather than capsules is far more economical) at the best prices and we believe that the product available from Banyan Botanicals is an excellent value. If you take 5 grams twice a day for a total of 10 grams, a one pound package of the powder will last you for 45 days. Taking this powder is considered extremely safe and no known side effects have been reported although if you have low blood pressure, you may want to discuss with a doctor first as it’s believed that this product could have an effect of lowering blood pressure further.