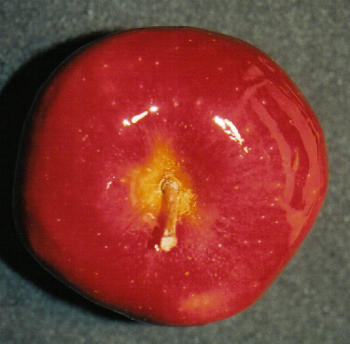 An Apple A Day Really Might Keep The Doctor Away!

"An apple a day to keep the doctor away" is an old saying and no one knows for sure how it came about. There are some suggestions that are doubted,  but the most probable origin of the saying dates to 1866 in Wales in the February edition of Notes and Queries, where the following proverb was printed in the edition:

" Eat an apple on going to bed
And you'll keep the doctor from earning his bread."

It's suggested that there were similar rhymes and proverbs that date back further, and somehow they evolved into what we know, use and hear today about an apple a day keeping the doctor away.

There is also some traditional beliefs that the forbidden fruit in the Garden of Eden was an apple, but this could also be because its been suggested, that in medieval times, any fruit was referred to as an "apple."

So, can an apple a day keep the doctor away?

Apples are a very healthy fruit and contain a number of important nutrients including vitamins and minerals. The average apple weighs about half a pound, although they can vary greatly by weight.  Three and a half ounces of apple, including the skin is a good source of Vitamin C with 4.6 mg. It also contains a number of B Vitamins, Magnesium, Phosphorous, Potassium and Zinc.  Apples are also a very good source of fiber.

Apples also contain polyphenols which likely have something to do with much of the benefits that can be gained by eating them regularly. Polyphenols are antioxidants and the skin of the apple contains one called phloridzin which may slow down the aging process. There are a number of other polyphenols in apples too.

One of the major compounds in apples is pectin. Pectin is a type of fiber which also acts as a thickening agent when it is used to make jams and jellies.  Studies have shown that pectin can help decrease LDL (the bad cholesterol) in the blood and can also help to lower blood pressure. Another great benefit of the pectin in apples is that it lowers glucose levels in humans.

In a study conducted at The Ohio State University and lead by Professor Of Human Nutrition, Robert DiSilvestro, it was found that an apple a day had remarkable benefits in lowering oxidized LDL. High levels of oxidized LDL can lead to hardening of the arteries, but over a period of one month, participants who ate a Red or Golden Delicious apple saw a substantial 40% decrease in levels of oxidized LDL.  According to DiSilvestro, “Not all antioxidants are created equal when it comes to this particular effect,” and reported that he had not seen consumption of any other food to have such a significant effect as the consumption of an apple a day had.

Apples contain other compounds including triterpenoids. According to a study published in the Journal of Agricultural Food Chemistry in September of 2012, the authors concluded that the triterpenoid content of apple skins could help prevent breast, colon and liver cancers.

In addition, apples are an excellent source of the flavenols fisetin and querciten, both of which are known to reduce free radicals and reduce the risk of various cancers including lung and breast cancer.

All in all, apples are a great choice for one of your regular daily servings of fruit and vegetables. There is also evidence that regular consumption of apples is linked to a reduced risk of Alzheimer's Disease and dementia.