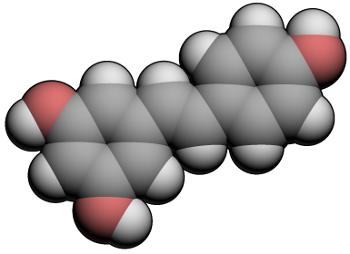 For quite many years now, some have been suggesting that regular consumption of red wine is good for you! Not only good for you, but very healthy. Much of this came about from studies that showed that the French, who consume a diet high in saturated fat had a relatively low rate of coronary heart disease.  Some believe this is due to the amount of red wine that is also consumed in France.

According to one study available at Pubmed,

It is well known that immune response declines with aging. Resveratrol (RSV), a polyphenol which occurs naturally in several plant species including grapevines and berries, has been shown to have potent anti-aging and health-promoting activities. However, the mechanism underlying these activities remains largely unknown. Here we clearly demonstrated that (1) dietary intake of Resveratrol induced a significant increase in T helper cells…

The Mayo Clinic tells us that many doctors believe that Resveratrol may help prevent damage to blood vessels, reduce LDL (bad cholesterol) and prevent blood clots (which can cause strokes).

Of course, red wine has other ingredients including flavenoids and other antioxidants, but with studies done so far, Resveratrol appears to be the major compound with the most benefits.

Another finding in a recent study showed that Resveratrol could extend the life of mice that were fed both high fat and low calorie diets; this is exciting for those involved in life extension studies.  The Medical Letter also recently reported ” “Resveratrol appears to produce some of the same effects as calorie-restricted diets that have reduced the incidence of age-related diseases in animals.” (51:74-75, 2009).

A Resveratrol supplement will provide a greater amount of the compound that a couple of glasses of red will. At the same time, we also know that alcoholic beverages in moderation are also heart healthy, even if it’s not red wine. Moderation, of course, is the key. But if you’d like to supplement your resveratrol supplement with red wine, you could always learn to make wine at home, too!