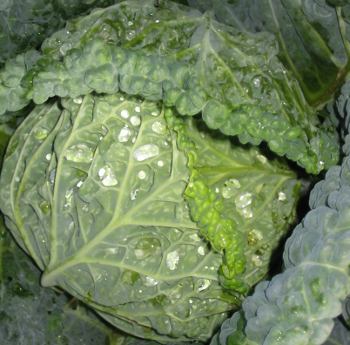 Cabbage Is Loaded With Nutrients

Ah, the lowly cabbage – it is often associated with the Irish who were poor and often lived on cabbage, potatoes, fish and the odd corned beef dinner and yet  is one of the healthiest and most economical foods you can eat.  It turns out that this vegetable may be one that you want to consider eating on a regular basis due to its excellent health benefits. While often associated with the Irish, it is actually Russians that consume the largest amounts of cabbage per capita.

Cabbage has been cultivated for thousands of years and was likely brought to Europe and the UK around 600 BC by the Celts who were migrating northward. It had and continues to have the benefit of a short growing season, even in cooler climates and also stores well over extended periods during the colder months.  An area of land planted with cabbage will produce more food than most other vegetables planted in the same or equivalent area.

One of the exciting discoveries about cabbage is that it may have major cancer prevention qualities. One of the major compounds in cabbage is indole-3-carbinol, known for quite some time to be a chemical that aids in the repair of DNA and helps to prevent the growth of cancer.  In addition, it is also an excellent source of other nutrients including Vitamin C and fiber.

Kale and cabbage are related and have many similar qualities, and in Brazil, this family of vegetable is used in traditional medicine to treat gastric ulcers. A recent study published in the Journal of Ethnopharmacology proved that that the juice extract of these vegetables is “suggested that the antigenotoxic properties of this extract may be of great pharmacological importance, and may be beneficial for cancer prevention.” (Source).

As well as cancer prevention, 1 cup of raw cabbage contains more than 60 percent of the recommended daily allowance of Vitamin K. This vitamin is important for blood coagulation and bone metabolism in humans. It is also a good source of a variety of B Vitamins, essential for optimum health in a number of different ways. There are two major varieties of cabbage, red and green and studies have shown that red cabbage may have more antioxidant value with higher levels of Vitamin C than the green varieties.

The best way to consume cabbage is raw or juiced, however steaming it does not destroy the nutrient value. Microwaving is not recommended as this will destroy much of the nutrient value of cabbage.  While many enjoy eating cabbage in salads such as cole slaw, there are even more benefits when it is consumed as sauerkraut that has undergone a lactobacterial fermentation. This fermentation process produces even more cancer preventing compounds as well as anti-inflammatory properties.

So, if you’re looking for a great food that is in abundance, inexpensive and will help you to stay healthy, happy and beautiful, consider adding cabbage (or it’s pickled form of sauerkraut) to your diet frequently.

Coleslaw  or Sauerkraut – which is healthier? One maybe better than other and even improve male libido.