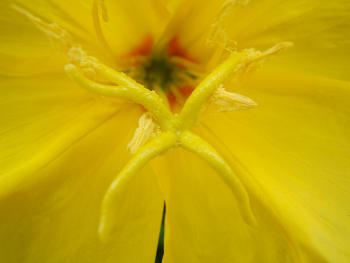 The evening primrose is native to North and Central America and has been used for centuries as a medicinal plant. Native Americans knew evening primrose and likely introduced it to the Europeans when they arrived in the "new world." The root was used by natives to treat a variety of conditions including coughs while the other parts of the plant were used to treat wounds.

After the plant was exported to Europe (where it now also grows), it was thought to be almost a "cure all" for many illnesses and diseases. Because of this, it was often referred to as "King's Cure All."

Evening Primrose Oil has also been used to treat a variety of skin conditions such as eczema, granuloma annulare, psoriasis and acne.

The fact that EPO contains up to 10% gamma-linolenic acid, an Omega-6 fatty acid is what some believe to be the ingredient that makes EPO so effective.

It also contains up to 70% linoleic acid which if there is a deficiency of, may cause hair loss and skin irritation.

Mastalgia is a painful breast condition that many women suffer from and there is evidence that supplementation with evening primrose oil can alleviate the symptoms. In 2010, a study was published in the Alternative Medicine Review journal which had been conducted at The Mayo Clinic. Women who took 3,000 mg daily of EPO reported a decrease in pain after the six month study was completed. It should be noted that women who were given a daily supplement of Vitamin E also reported improvement in that study (source).

EPO May Be Helpful For Eczema

In 2009, a study was published in the Journal of Family Practice which indicated when topically applied, evening primrose oil was helpful in treating children with eczema. The Current Pharmaceutical Biotechnology journal published a study in 2006 in which it was reported:

EPO has a simultaneous, beneficial effect on itch/pruritus, crusting, oedema and redness (erythema) that becomes apparent between 4 and 8 weeks after treatment is initiated.

So, there is very strong evidence that evening primrose oil may be effective for eczema, however the patient needs to use it continually for at least a month before seeing major results.

Many people who suffer with the pain of arthritis have reported relief after taking evening primrose oil as a supplement. There reports are backed up by a study done at the Department of Medicine, Ninewells Hospital and Medical School, Dundee, United Kingdom and published in The American Journal of Clinical Nutrition (2000 Jan;71(1 Suppl):352S-6S). The study indicated that treatment with essential fatty acids, including evening primrose oil showed clinical benefits.

In addition, the British Journal of Nutrition reported in 2001 (Mar;85(3):251-69) that evening primrose oil has anti-inflammatory properties. More studies need to be done to confirm scientifically that EPO can relieve arthritic symptoms, but between the studies that have been conducted along with the claims of those who suffer from the disease, there is certainly a good possibility it may be of use in managing arthritic pain and inflatmation.

In the 1980's, many women were advised to consider taking evening primrose oil to deal with symptoms of PMS (Pre-Menstrual Syndrome) as it was believed that essential fatty acids could be helpful. Since then, numerous studies have been done and it has been shown that EPO could be helpful, especially when taken with Vitamin B6 and Vitamin E. Between November 2009 and April 2010, women were involved in a double blind study in which some were given capsules of FemiComfort which contains 10 mg of Vitamin B6, 30 IU of Vitamin E, and evening primrose oil. The investigators concluded,

Femicomfort at this dose was found to be effective in relieving symptoms of PMS. The difference between the femicomfort and placebo in the frequency of side effects was not significant.

In addition to PMS, many women have reported relief of menopause symptoms while taking evening primrose oil as well. To date, scientific studies are showing mixed results, and more study is required to confirm that EPO is helpful. Thus far, studies which indicate that it could be have been small in size.