Twitter
Home » Supplements » Halibut Liver Oil – Get Your Vitamin A & D
Packing a mighty healthy punch in such tiny capsules, Halibut Liver Oil supplementation can be an important option toward optimum health. Containing both Vitamin A and D in the correct proportions, many have found that taking halibut liver oil has helped with a number of health conditions. 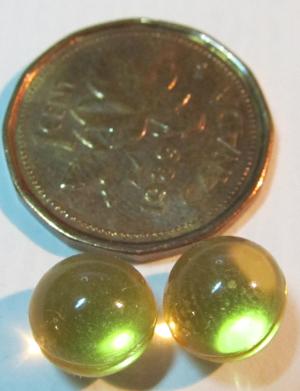 Vitamin A is actually found in two forms, retinols and carotenes. Retinols are generally found in animal fats, while carotenes are vegetable based. New research has shown that the vegetable based carotenes do not provide the same amount of Vitamin A as previously thought, and many on a vegan diet may not be getting enough Vitamin A or as much as they believe they are based on old data and research.

The retinol form is known to be very important for maintaining optimum vision. It appears that the carotene form of Vitamin A does not have this strong link.

Other roles Vitamin A play in humans include immune function (if you’re not getting enough, you’re at risk of a reduced immune system), skin health, and is an antioxidant.

If you drink alcohol and/or smoke, you should definitely consider Vitamin A supplementation with halibut liver oil, as both alcohol and smoking have been shown to cause a vitamin A deficiency.  If your pregnant or breast feeding, you do need to ensure that you are getting the required daily amounts of Vitamin A, but you also need to be careful about over supplementation while pregnant as this may cause birth defects.

As always, you should consult a doctor if you are thinking of supplementing above the recommended daily allowances as ongoing high levels of supplementation (above 15,000 International Units per day) could cause liver toxicity as Vitamin A is not water soluble.

Vitamin D is also fat soluble, but is becoming widely known as the “sunshine vitamin” due to the body being able to synthesize it from sunlight. However, there is much debate about whether most of us get enough Vitamin D from the sun, especially today with concerns about sunlight caused skin cancer meaning less sunshine exposure. Certainly those that do not spend much time outdoors in the sunlight or live in climates where there is not a lot of sunlight throughout the course of the year, should consider supplementation to ensure their vitamin D levels are optimum.

In children, a vitamin D deficiency can cause rickets while in people of all ages, there is an increased risk of bone fractures. As well, there is evidence to suggest that reduced levels of this vitamin may be associated with multiple sclerosis. It is unclear if Vitamin D is a preventative however.

The amount of Vitamin D in a Halibut Liver Oil capsule is 400 IU.

Some studies are indicating that optimum levels of Vitamin D can help with prevention of viruses such as the common cold and influenza. Is it possible that higher rates of these infections occur during times of the year when there is less sunlight exposure? That is one question researchers are interested and are looking into.

As well, recent research indicates a link between anxiety, depression and learning disabilities with low levels of Vitamin D.

One halibut liver oil capsule a day can certainly give you the confidence that you are getting enough Vitamins A & D – and like all vitamins, it’s best to take them with food.